We're going back to school! But not to the standard one, where from the multiplication table, the enamel on teeth cracks, where kids smoke cigarettes behind garages and the social education teacher has mask and gas in the carrier bag from Biedronka along with potatoes. We spend our September weekends in one of the 9 unique schools, reconstructed into atmospheric guesthouses, agritourisms and B&B with soul. Most of them for obvious reasons are located in Masuria region. But there is also Kashubia, and even Roztocze.

You can count on the Hosts, who like entertaining Guests, cook them breakfasts, noone hits nobody with a ruler and forces to read Orzeszkowa. Especially for ecotourism lovers  with the smell of plum buns. We spend autumn weekends in these schools. If you know any addresses which aren't here - we'll adopt them as usual and bow down gratefully. 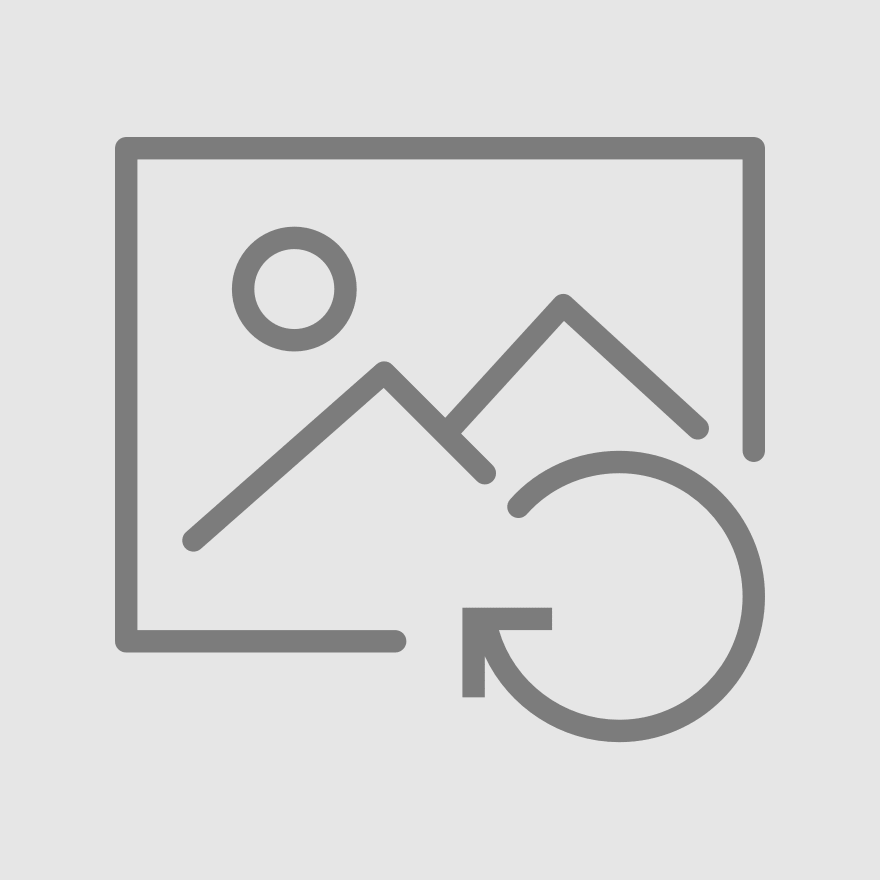 Land of EGO, it means Ełk, Gołdap, Olecko. Mazury Garbate. Polish Tuscany. And there - Łaśmiady lake and surroundings so beautiful that two TV series have already been made here. Above the lake, on a hill, slightly hidden behind the trees is the Old School and tempts hikers with fruit cakes and such breakfasts that Viennese courts during the Enlightenment wouldn't be ashamed of. If Rousseau had came to Mrs. Ania for eggs - he would have stayed in Piaski for sure and wolud have eaten these eggs and dumplings with meat to the end of his days.

Slowhop opinion:  You can take the dog and you have to give up thinking about the diet. All rooms are double, and if you are arriving with the family, ask for the family room. It's difficult to talk here about the board, anyone who tried here breakfasts and dinners (in price) will state that this simple word is a slander and an insult. The hostess leaves delicious pastries (waffles, pastries, buns) on the bar in the so-called meantime. Your bellies won't growl, unless you get lost while canoeing on the Struga Łaźna river (for tough guys).

It's not that Stara Szkoła nestled to the luxurious Irena Eris spa. It was the other way around. Therefore Dylewskie Hills are surroundings worth knowing since we got there Bieszczady mountains, lakes, spa and dylewska ham. The school itself is our goal this year. Not only the food is first-class, the school soften the hardest hearts and regenerates after a week of work in a corporation, but if you're lucky and some snow falls - the Host will give you hard time on cross-country skiing, because he is an expert.

"I've just returned home after a few days stay at Ewa and Jacek. I am grateful for the time together, for the excellent cuisine prepared with expertise and heart and for this place which hosts want to share with just met people. I recommend it from the bottom of my heart. "

Slowhop opinion: You can arrive here with a dog, the nearest lake is 11 km away. For active and foodies.

Another school that you can book at Slowhop. This time it's holiday home, it means the whole place in your hands, look after and be respectful, because that kind of places in Poland is only a few. The Host is a badass, he likes sports and you can notice that in Ulnowo. Wherever you turn, there is some encouragement to be active, couch potatoes can contract nausea from external compulsion. There is a tennis court on spot, swimming pond and several other extras.

"We spent here a wonderful week of holidays. There is everything you need to relax and even more. More than you could dream of. "

Slowhop opinion: It will accomodate more than 20 people. You can take the dog, cousins and relatives upon the fourth generation. Food on your own.

Slowhop is not only this article. Slowhop is also a platform with atmospheric overnight stays, cameral expeditions with passion and the people who stand behind this. Check here.

Novelty at Slowhop, novelty in Kashubia and novelty in general, because Figlarnia was created just in May/June 2017 and a few people has already gone crazy about it. The Host comes from the Kuyavia-Pomerania province and has bought an old German school from Allegro. He reconstructed it, modernized, and put several houses on the trees and in the forest, he showed that he knows how to cook and here we have - every kind of romps under the sun. For adults especially in the treehouses, where noone will knock on the door besides woodpecker.

"I love it! Friendly staff and company. I can't forget this magical place. The owners despite a lot of work are doing great, do their duties properly, and don't forget about guests. You can talk with them in normal and fun way. My daughter is thrilled with the treehouse, a super alternative for the teenager. "

Slowhop opinion: Something for those who like offbeat places. Some of the rooms are located in a school building, some in houses. Breakfast and dinner (on request), you can take the dog and the children necessarily, because there are two on-site swimming pools and forest everywhere.

Well, well, such reviews, from which hosts' eyelashes grow, their complexion grows more beautiful and cake is never slack-baked. We guess that everyone leaves this place delighted and looks for another free weekend in the calendar. Peace, quiet and a little less known surroundings of the Wel river, famous for awesome canoeing.

"The place is absolutely magical, I left my heart there. I've found a place where I can feel like home, this is my place on earth. We return with husband to the Stara Szkoła in a month. House is beautiful, atmospheric, well-kept, almost sterile clean, remarkable cuisine, delicious, beautiful smelling, with a wonderful family atmosphere - it's all thanks to the Hostess Mrs. Iwonka "Perfect Housewife". Guests sit at meals at one common table so there can be born new connections and maybe even friendships."

Slowhop opinion: You can take your dog, use common kitchen, great for corporate events and workshops. 16 beds in 5 rooms.

Former Prussian school, like many in Masuria region. In comparison with other schools from this list, in Harsz there is a giant! And additionaly it's located just by the lake, even a little closer to the water than the school in Piaski. And just like there, the Hosts are people who love to entertain guests, once they've escaped from the big city and they're fond of cooking. This is one of these places where there is a private storks' habitat, and carnivores are finding out that vegan cuisine is pretty cool.

"We've chosen this place because pets are accepted here and you don't have to pay for them. Cool location, just by the lake (beautiful sunsets can be seen even from the window in your room); delicious meals; clean rooms and bathrooms. Atmospheric place. "

Slowhop opinion: They like animals here and they know where to wander with them. Take fishing rods and worms. Basket for mushrooms also will be useful.

Masuria, about five minutes slow walk to the lake. One of these small villages where instead of pigs and combines you'll see summer visitors stretching out in the morning. Stara Szkoła pulls in people, who like traditional interiors rather than modern design, like sports and love to eat well and who can paint a picture or write a book by the way. It is rather a house of creative work, but hygienic, with breaks for game of tennis or volleyball match.

"Place is generally very atmospheric and conversations with the Owners are great... They just listened and TALKED to guests! I don't know if others, but we will definitely come back and bring our friends ... "

Slowhop opinion: You can take your dog, in some rooms the bathroom is in the hallway. Choose the apartment above the stable.

Slowhop on Facebook is a page full of ideas for a cameral trip with passion. Would you join our community?

Beautiful place near ​​Grunwald, and one of these addresses, which you should write down if you have children. Nice, spacious apartments (some duplex), fair playground, and in addition llamas and goats. Let's add huge garden, pottery workshops and really great food, and you'll write about this weekend in golden letters in the family chronicle.

"Place worth recommendation in 110% ... Unique atmosphere of a magical place with the climate. "Despite" many amenities of the real hotel you can feel the magic of the village and heart, which permanent residents of the School open for guests (the most dog Pluto ... he loves everyone :)). If you want to feel family atmosphere, and not a "hotel standard", real homemade food and the nature outside the window, choose Stara Szkoła. "

Slowhop opinion: You can take your dog, on site there is the whole crib-bathtub infrastructure for parents with small children and take sneakers, because there is a tennis court.

The Lubelskie Region, almost Roztocze, which fans of Slowhop asked for on Facebook. We admit that we were a little afraid of this region, because previous research showed not so much. And suddenly, such a miracle has been revealed. The building is from 1938 and is located in the south-eastern buffer zone of the Roztocze National Park, near the Echo pond and Wieprz river. Guests declare that there is such peace and quiet that you need to use smelling salts to adapt again to the work week.

"Wonderful place for relax. Meadows, silence, birds around. House in a minimalist style contributes to turn off, pleases the eye. Mrs. Ela prepares delicious breakfasts and dinners. We recommend it! We are defenitely going back there not only once. "

Slowhop opinion: 6 rooms, you can take your dog and they give such breakfasts that you should burn calories on the nearby ski slope (ski rental on site and a great place to learn snowboarding), on bike or canoeing.

CHECK OUT WHAT ELSE WE HAVE FOR YOU

SEE OUR OTHER IDEAS

SEE ALL STYLISH PLACES AT SLOWHOP

SEE ALL INSPIRING ADVENTURES AT SLOWHOP

Click on the link in the e-mail we sent you to confirm your registration. The e-mail confirmation will help us communicate with you effectively :)

Did not get the email? Check the spam box or resend the confirmation email.